Skip to content Skip to sidebar Skip to footer

Uncategorized
Posted on September 6, 2018 by orlandfreelibrary

September is upon us and as the days begin to get shorter and the autumn leaves begin to fall it is a perfect opportunity to check out some new films at the library. We’ve acquired something for every taste. Realizing that Halloween is just around the corner, we’ve added some staples and some classic horror films. Halloween 1 and 2 (the originals, with Jamie Lee Curtis), John Carpenter’s The Thing (Kurt Russell), Nightmare on Elm Street, Alien and An American Werewolf in London. We also got a great Halloween title for the younger set -The Witches, based on the Roald Dahl book. For serious scary movie fans, a newer title -The Babadook. Not quite a scary movie, but definitely dystopian, 12 Monkeys with Bruce Willis and Brad Pitt.
For the classic film lover – Invasion of the Body Snatchers (this movie gave me insomnia for life!), Whatever Happened to Baby Jane (Bette Davis and Joan Crawford), The Days of Wine and Roses (Jack Lemmon and Lee Remick), A Woman Under the Influence (Gena Rowlands and Peter Falk), Paths of Glory (Kirk Douglas) and Spartucus (Kirk again) and The Lion in Winter (Katherine Hepburn and Peter O’Toole).  Two of the best musicals ever made- The Bandwagon (Fred Astaire, Cyd Charisse) and Meet Me in St.Louis (the radiant Judy Garland) and the incomparable John Wayne in his final role as John Book in The Shootist.
I did say something for every taste. I am excited to say we got the whole series of Dexter with Michael C. Hall. Also added is the acclaimed Spike Jonze film, Her, starring Joaquin Phoenix. Django Unchained, directed by Quinten Tarintino, Predestination, with Ethan Hawke, and the live-action/animated science fiction The Congress, starring Robin Wright. 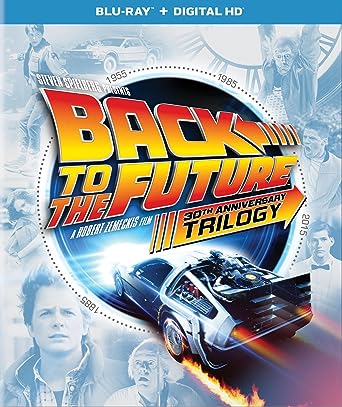 Filling in some glaring holes in our otherwise stellar film collection, we have added some more staples: The Back to the Future Trilogy, School of Rock, Dragonslayer, Ferris Bueller’s Day Off, Major League, Animal House, Big and a personal family favorite -Rustler’s Rhapsody. Rustler’s Rhapsody tells the tale of Rex O’Herlihan, the singing cowboy. A very funny western parody, brought to you by Bob Clark director of A Christmas Story.
You are allowed to check out 4 DVDs at a time, so, why not make it a movie marathon?
Posted by, Estel

Out with old? – Spring Cleaning!